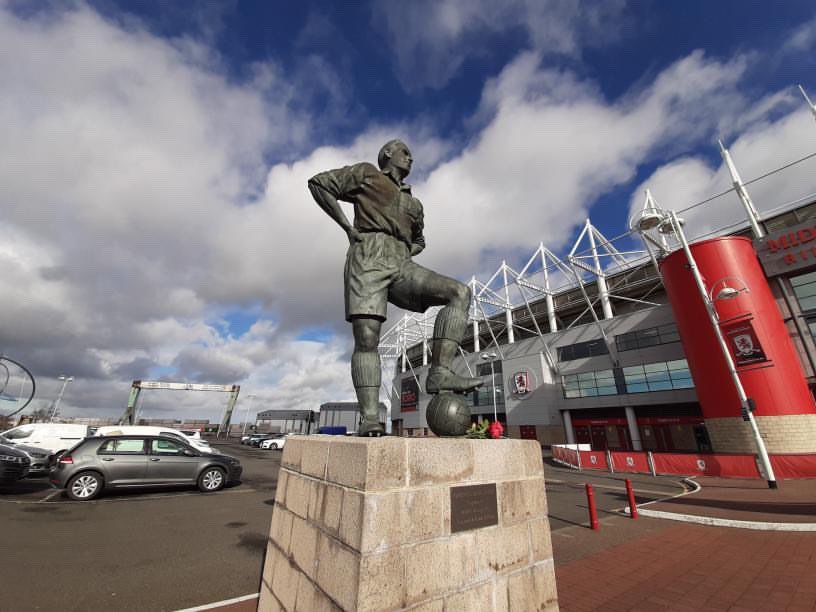 What do you love about Middlesbrough Football club? The spirit and the passion off Teesside definitely unites us as a community and as a fan base. This club has had some really tough years but hopefully we can get back into the Premier league real soon.

Whats the story behind Teesside Ground hopping? Ground-hopping is Athenian passion of mine. I have been doing it since September last year and I love every moment of it , travelling to none league stadiums and other stadiums in the country. My aim this year is to travel to as many stadiums as I can across the UK, in the future getting to stadium overseas.

What made you start doing ground hopping in the first place? I just always loved football and I will go to any gets to watch it. I go to every Boro home game but I love to travel and try new stadiums that I haven’t been to.

What is Ground Hopping?– is a hobby that involves attending matches at as many different stadiums or grounds as possible.

Whats the overall aim from setting up your Teesside Ground Hopping page? The overall aim is to be able to travel to every single football stadium in the country including none league , premier league Championship ,LG 1 and 2 as well . Hopefully in the future go abroad to groundhopp.

Why do you think Middlesbrough as a town gets such bad press courage from the national media? Teesside has always had a bad image from the press for its people and its area. The spirit of Teesside has always been there. You get nice places in the country and not so nice. People always forgot. Middlesbrough and Teesside built the world. Remember that. This is always overlooked due to the poor income and rougher areas. We are Teesside and we are strong.

To find out about more about the Teesside Ground Hopper blog head to-https://www.instagram.com/teessidegroundhopper/ https://www.youtube.com/channel/UCnHmYZEm_TqAy4O-eNgtDqw

Interview and Article by Chloe Tempestoso